My name is Barbara Graver.  I blog on the Catholic saints at ChasingTheSaints.com 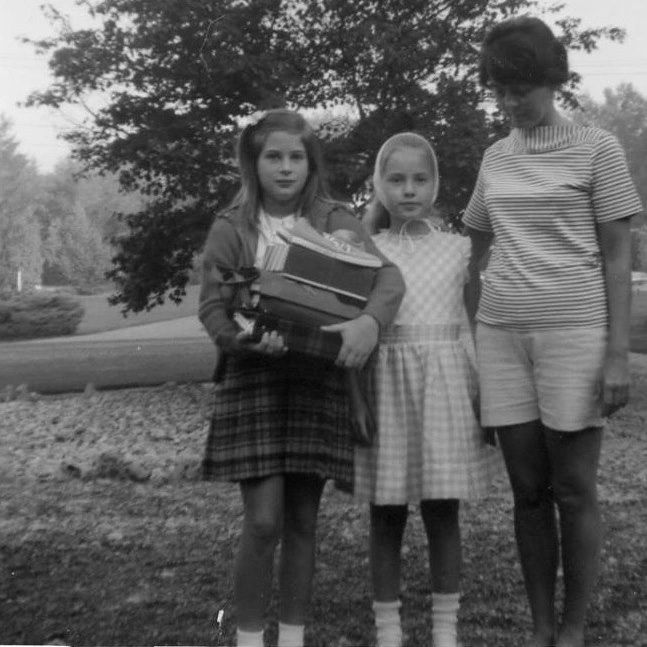 I blog on books and media related to the Catholic Saints and how I'm applying what I learn to my own spiritual and every day life.

MY TIME IN NEW AGE

Listen to part one of my testimony about how I left the new age and occult for Christianity. Part two coming soon!

BACK TO THE CHURCH

BACK TO THE CHURCH

Read the story of how I came back to the Catholic Church after spending seven years in the new age and the occult.

I began to pull away from the new age and occult in May of 2017 and was almost immediately drawn toward Christianity. I was wary of returning to the Catholic Church and unsure about Christianity in general so I decided to ask God for a sign.

The next day I went to the flea market as I did most Sundays. I had forgotten to stop at the ATM on the way and had only eight dollars on me, which was much less than I usually brought. But I didn't really care. It was raining - a slow steady kind of rain that promised to continue all day - and I didn't expect there would be many vendors or much of anything to buy.

When we pulled into the parking lot I saw that I was right about the vendors.  The large open area that was usually full of tables and tents was practically empty. The few sellers who had set up were spread out and the gravel lot was full of puddles.  But we decided to put on our slickers and see what we could find.

One of the first things I spotted was a chalkware Blessed Mother. For some reason I couldn't really explain, I'd been wanting one of those big old Mary statues for some time. Over the course of the last two summers I'd kept an eye out. But all those I'd seen were chipped or expensive or both.

The one in front of me that day was almost two feet tall and had no significant damage. So I was surprised when the woman on the other side of the table said it was mine for five dollars. It wasn't really my style but I liked the blue of Mary's cloak and the graceful curve of her neck. I bought it without any negotiation at all.

A little further on, I saw a cold cast bronze St. Brigid's cross that had been made in Ireland. I asked the vendor the price and he said a quarter. And then, when I couldn't find any change, he refused my dollar and insisted I take the cross for free. I was happy that I was able to tell the  a bit about St. Brigid and what she had done so long ago in Ireland. And I started to get a good feeling about the day.

The next thing I saw was a bright silver crucifix shining through the rain,  When I got close I could see that it had a glass holy water font and a place on either side of the cross for candles.  I thought that the seller would probably want at least ten dollars for such a nice item but she didn't. She wanted three. So I got the crucifix too.

On the long damp ride home, I realized that I had bought three Christian items that had all been meaningful to me at one point in my life.  I understood that I had gotten them all on an unlikely day and for a surprisingly good price. But what struck me most was that I had bought them for the exact amount of money that I had with me.

So I considered it sign. And decided that I should give Christianity another shot.

I started with a church tour of several local churches and ended up at a evangelical church that was not a good fit and then at a second liked better. I didn't spend any real time thinking about the Catholic church I had visited in the early days of the church tour or the fact that each of the items I bought that day at the fleas market were Catholic in origin.

Except that now, almost three years later, I am.

It began with car problems.  Getting to the new Protestant church was impossible. Finally, after several weeks, it occurred to me that there were two churches within a short walk of my house and that one was actually just a block and a half away.

So I walked down the street and went to mass for the first time in what seemed like forever.  And the next week I went back.  And then, because I wanted to receive communion, I went to confession.

Over the next few weeks I thought about the spiritual journey I'd made and the enormous circle that has brought me back to a place that is, and always was, just around the corner.

The items I bought that day at the flea market are gone and I know that there is some kind of lesson in that.  And while I'm  not sure exactly what that is, I think part of it is that God doesn't want me to be the kind of Catholic I used to be.  Or the kind of person I used to be.

I think he wants me to be something new.